Vision on – What do People Prefer – Urban Tourism or Cultural Heritage

Punish B Sharma Vice President - Operations THE FERN HOTELS & RESORTS In today's scenario when almost all the cities of the country as well as the entire world have become concrete jungles, tourists are already flocking to 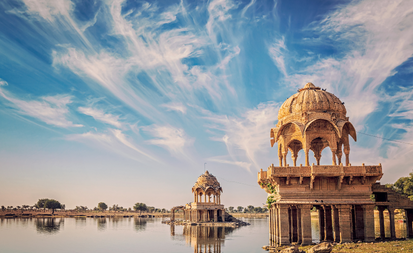 In today’s scenario when almost all the cities of the country as well as the entire world have become concrete jungles, tourists are already flocking to places which are culturally rich and depicts the traditions and heritage of a particular place.

By 2030 the urbanisation would have reached various tier iii and iv cities as well and would have taken a huge toll on the environment. The pollution levels would have reached alarming levels. The quality of life would have deteriorated due to rapid urbanization. People will prefer to go to places where the air is cleaner and the environment is relatively better. Also, the overall stressful life of metros would mean that people would try to connect to their roots even more.

Conversely, there will be a lot of people from small towns and villages who would love to see the razzmatazz and flashy lifestyle of various metros.They will be eager to explore the dazzling night life and other shenanigans associated with the urban centres. For them visiting such cities would be a great pull.

If we consider all the factors, it is almost certain that a large chunk of people staying in metros and other big cities will prefer to go to places which are steeped in culture. However, there will be people who would want to visit bigger cities as well.

The ever-increasing speed of technological advancements and changing consumer expectations makes it arguably more difficult to forecast the future of the tourism industry than ever before. However, looking at the macro-trends, there is a clear direction and path of travel that could substantially change the industry as we know it.

According to the tourism culture, in 2030 people will prefer cultural heritage more rather than Urban tourism as Cultural Heritage is an expression of the ways of living developed by a community and passed on from generation to generation, including customs, practices, places, objects, artistic expressions and values. The plurality and multiplicity of the Indian Culture is evident to the whole World as India has one of the world’s largest collections of Folk music, dance, theater, folk traditions, performing arts, rites and rituals, languages, dialects, paintings and writings that are known, as the ‘Intangible Cultural Heritage’

A major behavioral shift can be seen in consumer nowadays as people are actually looking forward to cultural heritage properties which are placed at offbeat locations more than the Urban properties as they want to know more about tangible assets such as visual art, food, clothing, and styles of architecture along with intangible assets such as legends, music, and values like generosity or respect as well as wants the nature to be closer to them. In India, Culture heritage also offers a Luxury which people enjoy and love.

There are many heritage farms with a pinch of vibrant culture, tradition, and values where people go with their groups and enjoy the culture whether they are there with their friends, family or corporate groups. As per our PM’s initiative and considering Azadi Ka Amrit Mahotsav an initiative which engages people to celebrate our culture and to keep alive the glorious history of people, culture, and achievements, we at Yellow Light Hospitality focus to bring such culture and heritage to people in India and abroad via tourism.