October 20, 2022 - The Lodhi, New Delhi is pleased to announce the appointment of Abhimanyu Singh Lodha as the new General Manager of the hotel. Specialising in luxury hotels and resorts, Abhimanyu has rich experience spanning 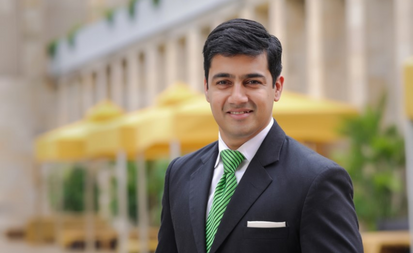 October 20, 2022 – The Lodhi, New Delhi is pleased to announce the appointment of Abhimanyu Singh Lodha as the new General Manager of the hotel.

Specialising in luxury hotels and resorts, Abhimanyu has rich experience spanning over 20 years during which he was associated with various properties of The Oberoi Group across India like The Oberoi Mumbai, The Oberoi Udaivilas, The Oberoi Rajvilas, Trident Bhubaneswar, Trident Jaipur, and Trident Nariman Point. Most recently, he served as the General Manager of The Oberoi Sukhvilas spa resort in Chandigarh.

He has an impressive record of growing profitability, improving guest satisfaction, and increasing staff retention. Under his visionary stewardship, The Oberoi Sukhvilas showed stellar revenue growth and was accorded ‘The Chairman’s Trophy’ for the best-performing hotel amongst all Oberoi Hotels. In his tenure as General Manager of Trident Bhubaneswar and Trident Jaipur, both hotels achieved a significant year-on-year increase in every financial aspect as well as every other measurable parameter from guest to team scores.

He has extensive managerial experience in all aspects of hotel operations and over the course of two decades, he has worked in Food & Beverage Service, Revenue Management, Sales, Front Office, Rooms Division, and in a range of GM roles.

As General Manager of The Lodhi, New Delhi, he will be tasked to ensure the property continues to deliver the world-class experience for which it has become renowned. Building on the hotel’s success, he is charged with implementing pioneering initiatives that will continue to set new standards for luxury travel and underscore The Lodhi’s position as a leader within the destination.

“I am truly delighted to take the helm of this iconic hotel and I look forward to continuing its legacy and welcoming travellers, residents, and locals while showcasing everything that makes the brand so very special – from the impeccable design and exceptional dining to indulgent wellness offerings and other extraordinary experiences. I’m excited to bring a new perspective to the acclaimed oasis of The Lodhi.”

Known for his people-oriented approach, Abhimanyu enjoys conversations with people from all facets of life. Raised in an army family, he’s an avid sportsman and is a post-graduate from The Oberoi Centre of Learning & Development.

The Lodhi, New Delhi welcomes Abhimanyu and his family to the capital.