Technology has been a boon for tourism especially post-pandemic

Anand Nair, General Manager, Crowne Plaza, Chennai Adyar Park Implementation of new technology in the Tourism Industry Technology has been a boon for tourism especially post-pandemic. The ability to do digital marketing on several social media channels at 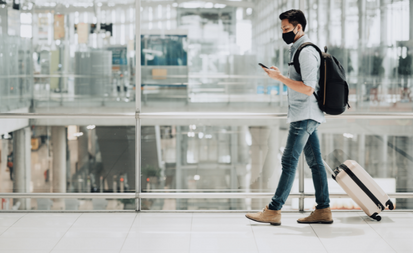 Implementation of new technology in the Tourism Industry

Technology has been a boon for tourism especially post-pandemic. The ability to do digital marketing on several social media channels at a time when tourism is booming, combined with listing properties on various booking mediums and websites gives us the ability to provide the best possible rates and deals even when the demand is high, and this ultimately benefits both consumers and businesses in the hospitality sector.

Components of Sustainable Tourism in the year 2030

Climate change mitigation, waste reduction, the preservation of the environment, as well as the promotion of environmentally friendly sustainable consumption behaviours would be the main tenets of sustainable tourism in 2030. By focusing on these practices while making sure that there is a well-defined execution plan, sufficient funding, and investments in infrastructure, technology, and human resources, we can ensure change that is positive and effective.

In the realm of discussion of sustainable tourism, it’s important to note that an important sustainability practice in tourism is to involve and give back to the community that any hospitality business is located in. With the growing interest of travellers in learning about the local life, culture and heritage of the place they visit, be it in an urban or a rural area, both businesses and consumers have to give importance to combining urban tourism with the cultural heritage of the region.

Solo trips are already picking up immense pace with the experience being seen as an important rite of passage and journey of self-discovery. Businesses should promote deals for solo travellers and also emphasise the safety measures that they’ve taken to make sure that solo male and female travellers have a wholesome experience without having to be worried about anything.

Travel and tourism are expected to grow rapidly in the next eight years. In the post-pandemic era where people have truly started to appreciate the ability to move around and travel without restrictions, not to mention the several delayed travel plans they would have had during the pandemic, would all contribute to this major growth of the industry as a whole.

Just recently, the Dharamshala Declaration 2022 was announced which states that India’s tourism sector is expected to achieve recovery to pre-pandemic levels by 2024, $250 billion in GDP contribution by 2030, and global leadership by 2047. It also included a long-term income target of $1 trillion by 2047, the year the nation turns 100, as part of an ambitious strategy for the tourist industry.

The government is also working to promote off-beat places for travel, develop these regions, and even open up most sectors for film shoots which is bound to increase tourism overall.