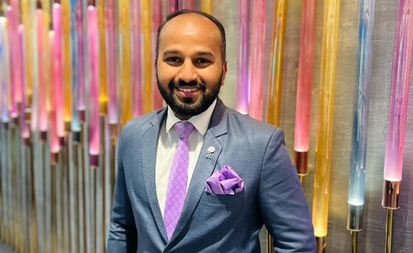 Shadab Badshah, who will be heading the front office department, has held various leadership roles in his career spanning over 11 years in the hotel industry. Shadab will be responsible for overseeing the front office operations and ensuring guest satisfaction by confirming to quality standards for service excellence.

From the very start of his career, Shadab has been associated with the reputed 5 star international hotel brand – Marriott. From joining as a Guest Service Associate in 2012 at Courtyard by Marriott to holding the position of Front Desk Manager at the same hotel, Shadab’s journey has been no less than an inspiration.

Shadab, being a Marriott Loyalist, has a great command and knowledge of Marriott’s software, system and policies, which makes him one of the best in his field of work.

A significant mention can be made for his notable achievements including the title of “Manager of the Year” & “Guest Voice Champion” during his tenure at Courtyard by Marriott.

His problem solving abilities under stressful situations and excellent communication skills truly sets him apart. He leads by example & inspires his team to face challenges head on.