· New resorts, theme parks and beaches set to appeal to broad mix of travel lovers · Flurry of openings continues in Qatar one year after the re-opening of borders Before the FIFA World Cup Qatar 2022™ 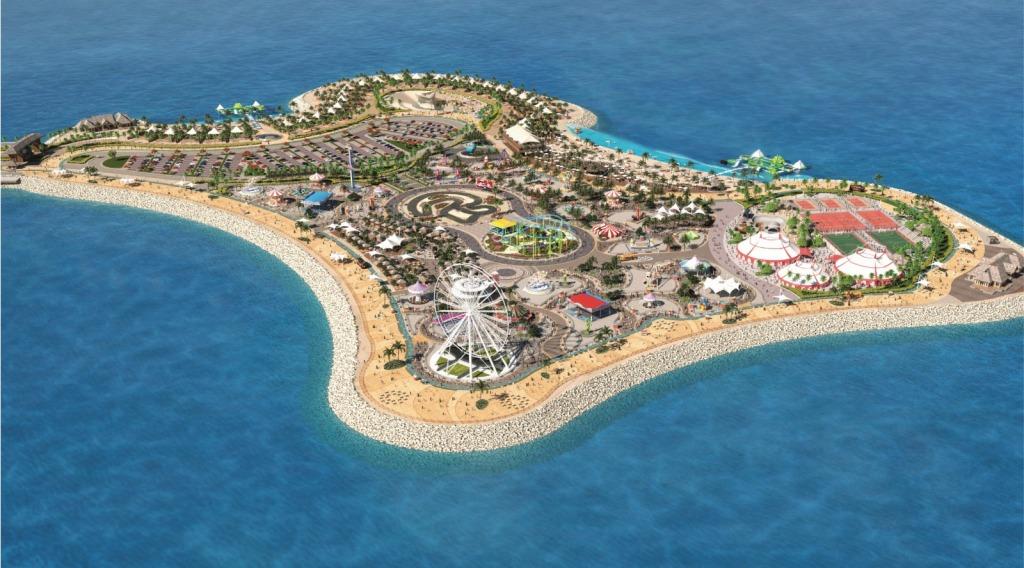 Before the FIFA World Cup Qatar 2022™ kicks off in November an assortment of exceptional new tourism developments will open across the country. From a winter-sun wonderland to a water sports paradise, these developments each add something special to the peninsula’s eclectic mix of attractions and activities to suit every type of traveller.

One year after Qatar re-opened its borders to the world on 12 July 2021, Qatar Tourism reveals the latest attractions that will build on the extensive tourism development strategy of the last few years. Qatar aims to capitalise on the influx of over one million visitors expected for the FIFA World Cup 2022™ and show the world its hidden treasures and unmissable holiday potential.

“The countdown to the World Cup is well underway and there’s lots of world-class attractions to come before the matches begin. Amongst the buzz around the tournament itself we hope people are wowed by Qatar’s state-of-the-art new tourism developments, significantly boosting the country’s appeal as a leading holiday destination. There are new beaches for those looking for sun, sea and sand, theme parks and water sports hotels for the adventurous, and lots of new resorts, spas and restaurants for visitors seeking a more relaxing getaway.”

FKB is an upcoming state-of-the-art kite beach resort in Fuwairit. Fuwairit is a coastal village an easy hour drive north of Doha with excellent kitesurfing conditions thanks to consistent winds, ideal ocean water and powder-soft sands.

The resort is designed around the kitesurfer’s lifestyle with everything you need for the water and even more when you are out of it. There will be a yoga studio, fully equipped gym, restaurants, pool and much more.

The Outpost will be the first of its kind in Qatar, integrating close-to-nature experiences, sustainability, and luxury hospitality into one beautiful resort in the globally unique Inland Sea nature reserve.

Surrounded by soaring sand dunes and desert wilderness, 21 luxury lodges with private pools will provide the perfect retreat from hectic city life. Stargazing, hot air ballooning, and immersive desert walks where you will learn about the local wildlife will be among the experiences on offer, alongside “Emerge in Nature” spa treatments and sensational culinary experiences.

Billed as the first “Entertainment Island” in Qatar, Qetaifan Island North will feature floating hotels, beach clubs and a water park with 36 rides – including “The Icon Tower” zone, featuring an 85-metre-high slide set to become the highest of its kind in the world.

Set over 1.3 million square metres, the island is close to the Lusail Stadium, where the final of the FIFA World Cup Qatar 2022™ will take place.

West Bay North Beach is an extensive new tourism development being constructed, covering 40,000 square metres of a premium beachfront in the heart of Doha. The public and private beach areas will offer three distinct beach experiences with a wide variety of food and beverage offerings, to create a sought-after city beach experience for everyone to enjoy.

The wave of new resorts and attractions adds to a flurry of openings in Qatar over the last couple of years. In March 2022 the 3-2-1 Qatar Olympic and Sports Museum launched as one world’s most innovate sports museums. In 2021 one of the region’s largest theme parks called Desert Falls Water & Adventure Park opened with 28 slides and rides. And last summer a theme park called Quest Doha was unveiled featuring the world’s tallest indoor rollercoaster.

There will also be lots of exciting events in Qatar after the FIFA World Cup 2022™. The country will host a Qatar Formula 1 Grand Prix for at least a decade from 2023, along with the new Geneva International Motorshow Qatar. For the latest on Qatar’s best attractions and vibrant calendar of events visit: www.visitqatar.com

Qatar is a peninsula surrounded by the Arabian Gulf in the heart of the Middle East, with 80% of the earth’s population within a six-hour flight. Ranked the safest country in the world in 2022 by Numbeo, Qatar welcomes all travellers, and guests from over 95 countries can enter visa-free. Qatar has an incredible variety of easily accessible tourist attractions, a plethora of fauna and flora including Whale Sharks and the majestic national animal the Arabian Oryx, and most experiences are a unique combination of cultural authenticity and modernity. From iconic museums to high-rise restaurants, from thrilling desert adventures to world-famous events including none other than the FIFA World Cup Qatar 2022™, there is something for all types of travellers and budgets. Travellers set to transit through Qatar should turn one holiday into two with the world’s best value stopover packages, launched by Qatar Airways and Discover Qatar and supported by Qatar Tourism.

Qatar Tourism is the official government body responsible for the development and promotion of tourism in Qatar, facilitating the sector’s exponential growth. Qatar is a destination where people of the world come together to experience unique offerings in arts, culture, sports, and adventure, catering to family and business visitors, rooted in Service Excellence. Qatar Tourism seeks to boost the entire tourism value chain, grow local and international visitor demand, attract inward investment, and drive a multiplier effect across the domestic economy. The Qatar Tourism Strategy 2030 sets an ambitious target to attract over six million international visitors a year by 2030, making Qatar the fastest growing destination in the Middle East.