October 2022, Bangalore: Courtyard and Fairfield by Marriott Bengaluru ORR have appointed Kanika Mathur as the new front office manager. Kanika began her journey in the hospitality industry in 2010 as a Front Office Associate 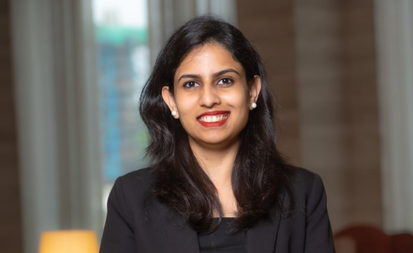 October 2022, Bangalore: Courtyard and Fairfield by Marriott Bengaluru ORR have appointed Kanika Mathur as the new front office manager. Kanika began her journey in the hospitality industry in 2010 as a Front Office Associate at the Taj Mahal Palace in Jaipur. Since then, she has been steadily climbing the ladder in the hotel industry. Kanika has worked with some of India’s most prestigious hotels such as Blue Ocean Travels Delhi, Fairfield By Marriott Bengaluru, Fairmont Jaipur, Four Seasons Hotel Mumbai, JW Marriott Mumbai Sahar, Westin Kolkata Rajarhat, Leela Bhartiya City and Ritz Carlton

Kanika comes with 10 years of experience in the hospitality industry and during her tenure, she has donned multiple hats such as, training her associates as  Desk Managers, and performing night audit operations, working with Executive Directors. Kanika has always upheld the brand standard and lived up to her responsibilities in the roles she has held

As a front office Manager, she has a high level of integrity whether she is talking with her guests or managing her team. Aside from her role she also manages the social media scores of the hotel. Kanika has also been rewarded for her efforts some of them are in 2011 she received a Silver Level Certificate for Guest Satisfaction at Taj Jai Mahal Palace Jaipur, achieving 100% marks in At Your Service and Reservations Scores in BSA Audit for the year 2013 at Fairfield by Marriott Bengaluru, and also recognized as a Star for Guest Voice in 2016 at Four Seasons Hotel Mumbai and many more.