FHRAI Terms The Order A Big Win For The Hospitality Industry Against The Dominance Of Aggregators New Delhi, Oct 20: Based on complaints filed by India’s apex hospitality Association - Federation of Hotel & Restaurant Associations of 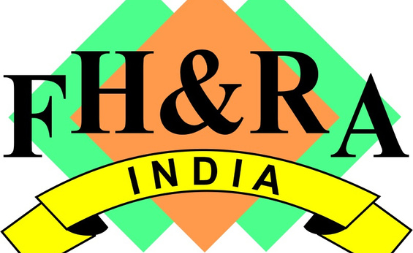 New Delhi, Oct 20: Based on complaints filed by India’s apex hospitality Association – Federation of Hotel & Restaurant Associations of India (FHRAI) in 2019 against Oyo and MMT-Go, the Competition Commission of India (CCI) found the aggregators to be in contravention of the law and has imposed a penalty of Rs.223.48 Cr on MMT-Go and Rs.168.88 Cr on Oyo. The aggregators were found to be indulging in predatory pricing, exorbitant and unfair commissions, misrepresentation of information and arbitrarily levied service fees. Welcoming the order, FHRAI has termed it one of the biggest wins for the hospitality industry against the dominance of the aggregators. The Association further stated that this will also serve as an eye opener for investors and the regulatory bodies regarding Oyo’s unethical conduct which is proposed to go public.

“This is by far one of the biggest wins for the hospitality industry against the dominance of the aggregators. We see this as a major verdict that will go a long way in disciplining the OTAs and saving the hospitality industry. The actions of Go-MMT and Oyo have individually as well as collectively caused immense damage to local hotels across all segments. Oyo is responsible for the systemic depredation of the budget segment hotel business and its market as a means to achieve a notional billion-dollar valuation which is a serious cause of concern for the hospitality ecosystem of the country. We need to create a level playing field for the sustenance and growth of the industry which in the recent past witnessed the dilution of fundamental business ethics,”

In addition to the monetary penalty, to ensure an environment that supports fair competition amongst the OTAs as well as amongst the franchisee service providers, the Commission has directed MMT-Go: –

– To suitably modify its agreements with hotels/chain hotels, to remove/abandon the price and room availability parity obligations imposed by it on its hotel/chain hotel partners with respect to other OTAs

– To modify its agreement with hotels/chain hotels, to remove/abandon the exclusivity conditions that exist inter-alia in the form of D minus clause

– To provide access to its platform on a fair, transparent and non-discriminatory basis to the hotels/chain hotels, by formulating the platforms’ listing terms and conditions in an objective manner

– To notify all its hotel/chain hotel partners, about the aforesaid modifications

– To provide transparent disclosures on its platform as regards the properties not available on its platform, either on account of termination of the contractual arrangement with any hotel/chain hotel or by virtue of exhaustion of quota allocated to MMT-Go by such hotel/chain hotel. Illustratively, for properties listed on MMT-Go but sold out on the said portal by virtue of exhaustion of quota allocated to MMT-Go, may specify ‘sold out on MMT-Go portal’; similarly, properties continuing to be appearing on MMT-Go portal, despite termination or expiry of listing arrangement should be removed from the portals and in the interregnum with a ‘not available on MMT-Go portal’ specification.

The Commission has directed MMT-Go to weed out anti-competitive practices and to implement the directions of the CCI in its true import and spirit. MMT-Go is further directed to submit a compliance report, on an affidavit, with regard to the aforesaid directions within 60 days of the receipt of the order.